Arbor Rehabilitation & Nursing Center located in Lodi, California, offers 24-hour skilled nursing and rehabilitation services with experienced staff dedicated to treating our residents with dignity and respect. Our post-acute care and stroke rehabilitation services assist individuals with regaining their highest level of independence and improve their current abilities. This helps make their stay with us as comfortable as possible. At our nursing home, we provide residents with customized care and attend to their specific needs.

We’ve made it our goal to transform typical health services into healthcare with a heart!

When you enter Arbor Rehabilitation & Nursing Center, you enter our Covenant Care community of compassion. You’ll see it in our people and in our service. We are committed to meeting and exceeding the needs of our residents, families and community. We strive to serve as extended family, all united in a circle of care and linked by shared responsibility for our residents. It’s this community of compassion and attention to individual needs that we believe set us apart as a model of quality care. EXPERIENCE OUR DIFFERENCE! 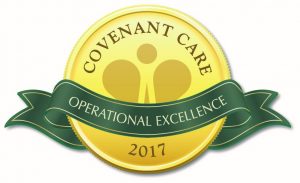 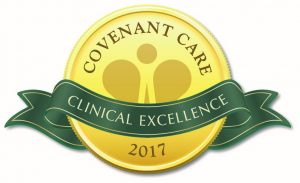 Your journey home starts here. We invite you to get to know us a little better and explore our nursing home services.

Our recreational programming is lead by a certified activity professional with help from activity assistants and dedicated volunteers. 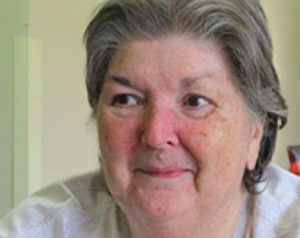 Darlene was born in Richmond, California, and pretty much grew up in the small town of Crockett. She worked for Standard Oil in San Francisco. Darlene remembers walking to work from the Trolley station up Sutter St. 3 to 4 blocks in high heels. In those days the trolleys and buses used to travel on the bottom level of the Bay Bridge. One of Darlene’s favorite memories: “Cruising the Esplanade” in Chico with her good friends.
Darlene was admitted to Arbor Nursing Center after being in Lodi Memorial Hospital for almost a week. When she arrived she was still very weak and tired. Darlene could only ambulate 20 feet, and tolerated only 15 minutes of activity with moderate shortness of breath. Darlene told us, “Erwin, my Therapist, was very encouraging and a good coach. He got me to work harder, when at times I didn’t want to. Sometimes I would have therapy 7 days a week”. When Darlene was discharged to home, she could tolerate over an hour of activity with much improved pain control and ambulate 100 feet. 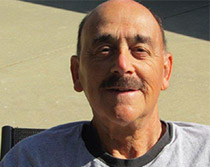 Gerald (or as he likes to be called Jerry) was admitted to Arbor Nursing Center on March 7, 2013. He had total left hip replacement surgery. Prior to his surgery, Jerry attended a Pre-Surgery Orthopedic class at Dameron Hospital. There he heard information from a representative from Arbor Nursing Center talking about their Therapy Dept. and the excellent outcomes they achieved. Originally Jerry had been told he would be going directly home after his surgery. Jerry has two large dogs at home and thought going to Arbor would be a wise decision, so that he would be stronger and have better balance prior to going home.

Jerry grew up in Washington State, and had a very successful career in the banking industry, working in San Francisco in the 60’s. Having served time in the Marine Corps, Jerry has always been in good physical shape. For 15 years he played Upper 8 Division Racquetball. Being the aggressive player that he was, he repeatedly ran into the side walls of the court. This eventually would be the cause for his hip surgery. When Jerry started his Therapy Program at Arbor on March 8, 2013, he could ambulate 100 with pain level 3 out of 10. He needed assistance with toileting, dressing, and transferring. On the day of his discharge, Jerry could ambulate 300 feet, transfer, toilet, and balance, all with modified independence and pain level 0 out of 10. He is grateful to the nursing staff and his therapists Eric and Glenn for their support and dedication to his speedy recovery. Jerry discharged home to his wife Teeteva and 2 dogs on March 14, 2013. 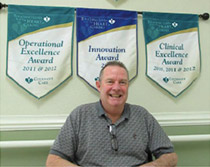 Patient Norman is a Pulmonary Therapist who worked many years at San Joaquin General Hospital and Lodi Memorial Hospital in the 70’s. He is an All American Swimmer in the 100-yard Butterfly; with a time of 53.2! At the age of 18, Norman told us,

“I was still afraid of blood, so I took and passed the Emergency Medical Team (EMT) test to face my phobia. From there I had a wonderful career in the medical field, becoming a Pulmonary Therapist.”

He adds: “I would like to thank my Therapists Eric, Mike, and Adam and the entire Nursing Staff at Arbor Nursing Center for their compassion and great care.”

At Arbor Rehabilitation & Nursing Center, every staff member’s contribution is equally important in meeting our residents’ needs and providing a pleasant, comfortable, and safe atmosphere.

Our staff receives continual training to improve their professional skills. They understand the importance of a kind word and the healing power of a smile. Our staff is special-each one a professional, knowledgeable in his or her field, compassionate, kind and respectful. We are proud of the longevity and experience our staff has shared at Arbor Rehabilitation & Nursing Center.

We anticipate our families have many questions and we do understand. Click below to see a list of frequently asked questions and corresponding answers.

Send us an email today and one of our team members will be in touch with you as soon as we can.