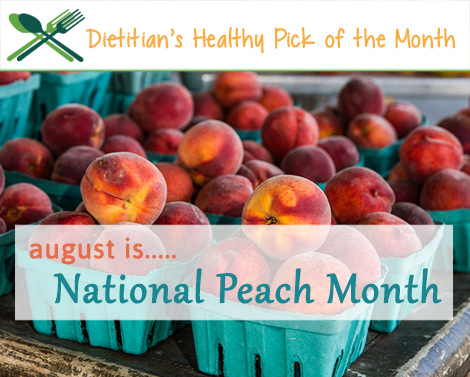 Peaches are a great source of Vitamin C and A – so let’s get creative, peaches can be used in all kinds of creative ways, from salsas to tasty desserts!

To highlight this yummy, our facilities, will be cooking up some delicious recipes that incorporate peaches – like cobbler, muffins, salads, smoothies and more. Also, as part of the Dieticians Health Pick of the month, we look forward to utilizing our dieticians as health and nurtition experts, to inform and educate our residents, family and staff.

Some fun facts….The peach (Prunus persica) is a species of Prunus native to China that bears an edible juicy fruit also called a peach. The scientific name persica, along with the word “peach” itself and its cognates in many European languages, derives from an early European belief that peaches were native to Persia (now Iran). The modern botanical consensus is that they originate in China, and were introduced to Persia and the Mediterranean region along the Silk Road before Christian times.